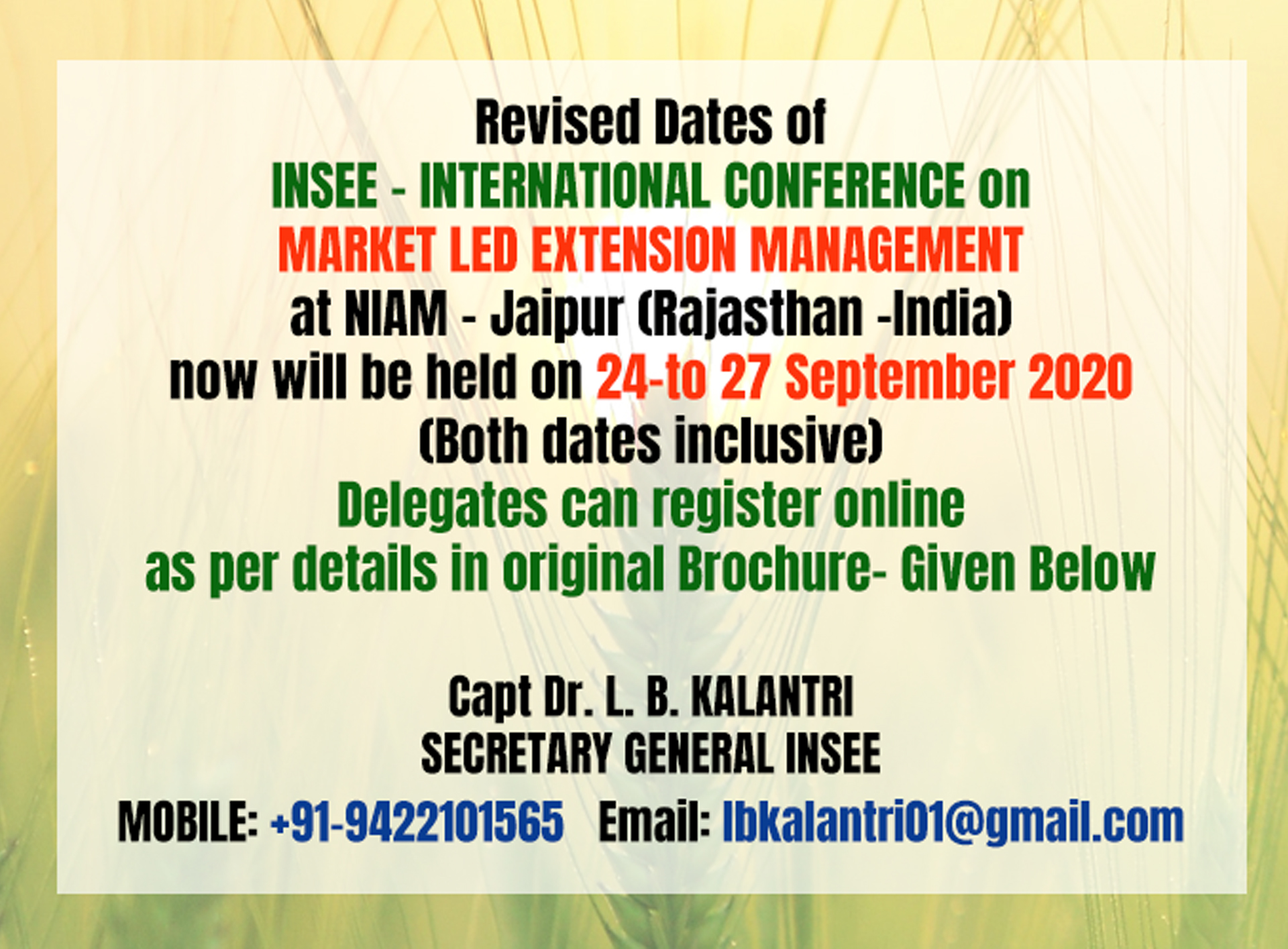 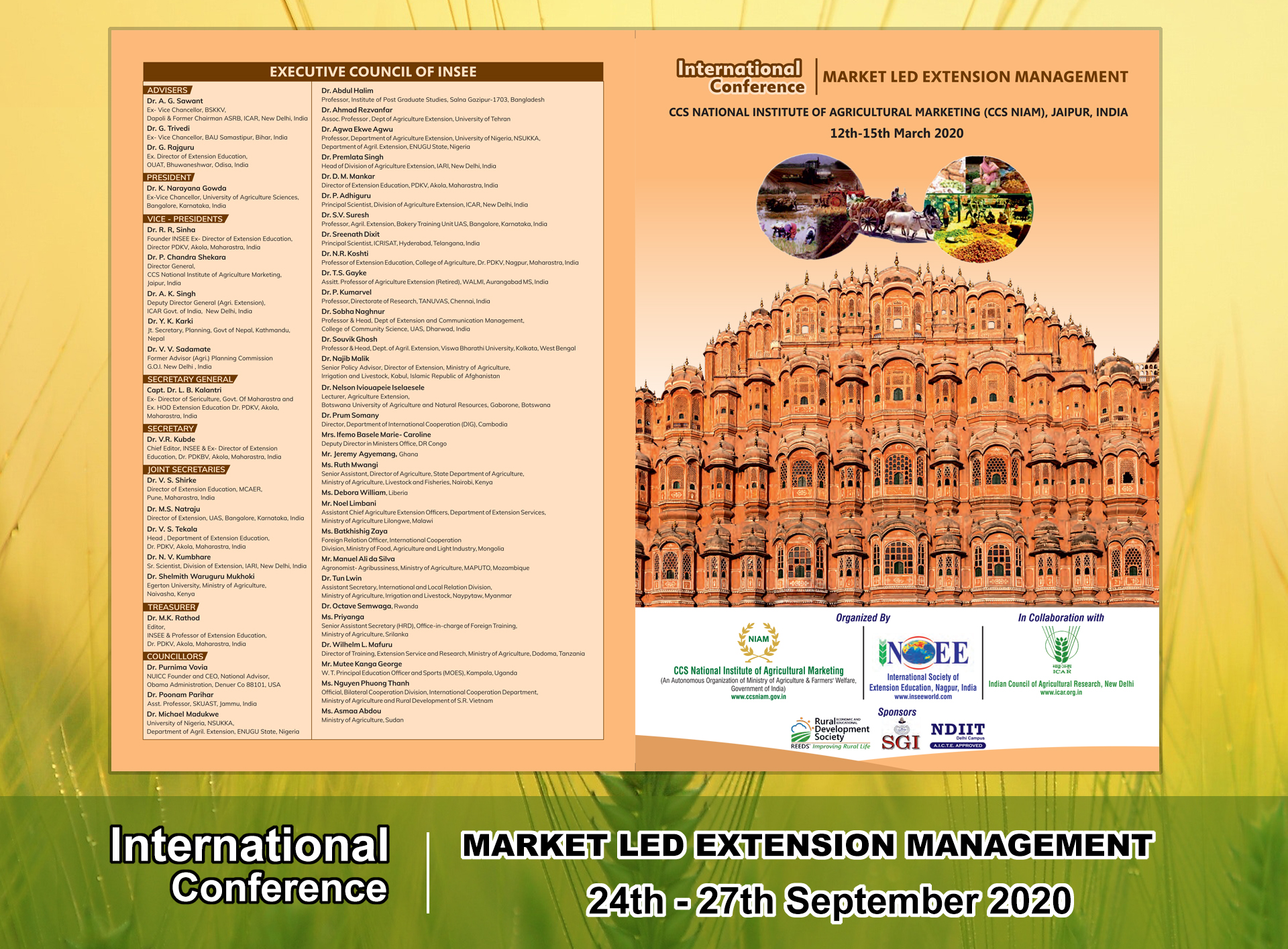 The Maharashtra Society of Extension Education (MSEE) was established on June 6, 1980 with its head quarter at the College of Agriculture, Nagpur under the Dr. Panjabrao Deshmukh Krishi Vidyapeeth, Akola.

The membership is open to all individuals and institutions, nationally and internationally actively involved in the field of Extension Education by remitting membership fees.

There is an Executive Council of Maharashtra Society of Extension Education which carries on the affairs of the Society and act according to the policies laid by the MSEE. The functioning of Executive Council shall be for a period of three years.

The society office was shifted to Division of Extension Education, College of Agriculture, Pune in 2009 from Akola. Now it has been shifted to Akola again since May 2017.

This official research publication of the Society is recognized as a standard Research Journal in Agricultural Extension at the National level by the Government of India. The journal was NAAS rated during 2010 at 2.5 and present NAAS rating of journal is 3.70 in 2019.

Moreever, about 92 institutions viz, SAUs, other Universities ICAR Institutes and NGOs are subscribers of the Journal. Thus at present there are 618 life members of Society. Apart from India, MSEE also have members from nearby countries viz., China, Nepal, Pakistan , Bangladesh , Sri Lanka etc.

Ever since its inception, the society has made formidable progress and has come to the forefront with the inspiration and able guidance of Dr. A.G. Sawant, Dr. R.R. Sinha and Capt. Dr. L. B. Kalantri all stalwarts and internationally acknowledged scientists in the field of extension education and marching towards the new millennium to fulfill the needs and expectations of the Society at large and the agricultural and extensionists in the country in particular.

The Society has established with following objectives

To publish a scientific journal devoted to the research in the field of extension education.

To organize National level seminars, workshops, conferences on various need based aspects in extension education to come out with valuable recommendations for national and state level policy makers.

To institutionalize and award various prizes to encourage and improve professional competence of students, researchers and teachers.

To undertake activities as approved by the Society or it's Executive Council.